To kick-off our series of thought leadership pieces looking back on 2021 and looking forward at upcoming trends and opportunities; Newable Ventures looks back on a space filled year. 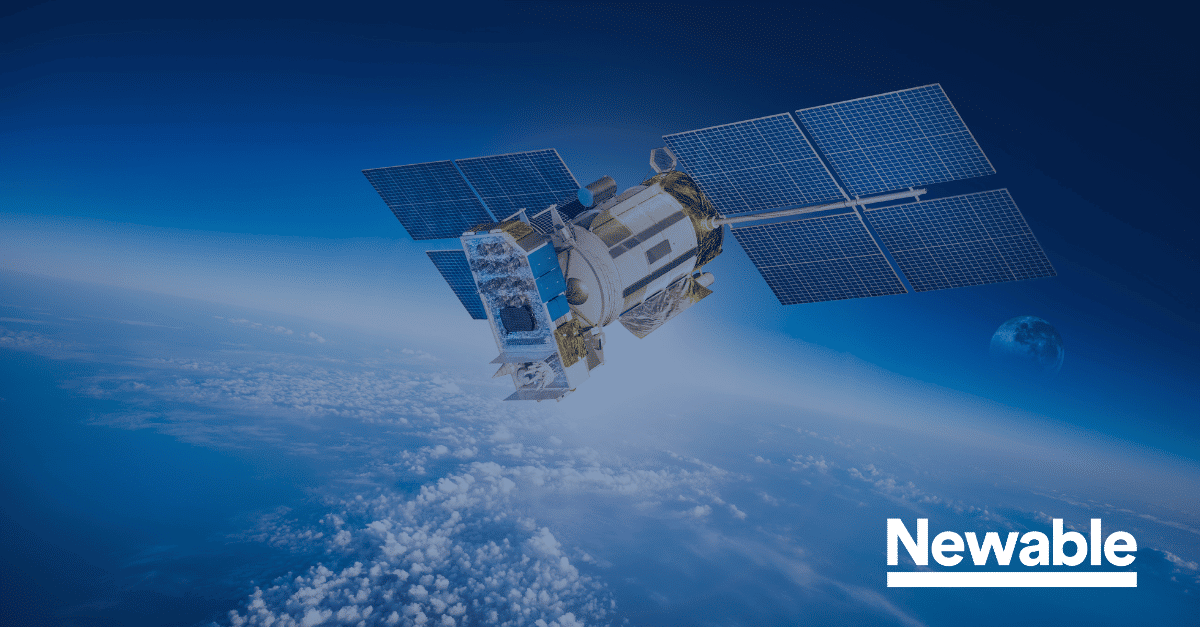 Satellites launching in ever increasing numbers, High-Net-Worth’s reaching space in civilian vehicles, and record levels of public and private investment pouring into the sector is making early-stage investors ask – was 2021 the beginning of a SpaceTech revolution?

With Richard Branson, Jeff Bezos, and Captain Kirk himself achieving weightlessness for the first time aboard privately backed supersonic, suborbital rockets; a new era in the possibility of commercial Space Tourism has borne fruit, generating massive media interest. Much of this media interest has focused on space exploration as a leisure activity, whilst in reality space exploration covers other areas, such as national security. Companies like Made in Space, Inc. have been delivering next-gen manufacturing capabilities in orbit to support exploration objectives and national security priorities. Last September, the company sent the first ceramic manufacturing facility to the International Space Station. The goal: demonstrate the ability to make turbine components with high strength and lower residual stress, due to a reduction in defects caused by gravity. If successful, the efforts will dramatically increase the commercial value of the International Space Station.

2021 meant big money for SpaceTech. As of October 2021, the sector generated yearly global private investment of $10.3Bn (3% of total global VC investment), far exceeding 2020 numbers, which was in itself a record year.

In July 2021 Seraphim Capital, which was supported by Newable launched the world’s first publicly listed Space Technology Investment Trust, backed by Richard Branson, which successfully raised £180m in an oversubscribed IPO. Another publicly listed vehicle that has seen SpaceTech thrive has been SPACs – or Special Purpose Acquisition Companies. Q1 2021 saw a record-breaking number of SpaceTech SPACs taking place, worth an estimated $7Bn. By the end of Q1 2021, 11 space related companies had announced their intention for SPAC deals, compared to just six in total prior to 2021.

From the launch of Sputnik in 1957, a steady stream of satellites have made their way to Low-Earth-Orbit (LEO), with between 10 and 60 launched annually up until the 2010s. The number has subsequently risen exponentially, with more than 1,300 in 2020 and 1,400 in 2021, resulting in around 7,500 active satellites in LEO as of 2021. The resulting issue; space debris. As recently as March 2021, a Chinese military satellite, the Yunhai 1-02, was crippled after colliding with a small piece of space junk – probably 10-50 cm wide – from a Russian spy satellite rocket. With a growing number of private companies, including SpaceX, OneWeb, and Amazon, looking to put up a total of 65,000 satellites in the near future, these mega constellations will only intensify the proliferation of space debris, resulting in greater regulation and the need for robust space traffic management moving forward.

Since May 2021, Newable Ventures has invested just over £1.5m in three SpaceTech opportunities: PlanetWatchers (providing analytics as a service to the crop insurance industry), Space Forge (an in-space manufacturing company developing breakthrough materials), and Rezatec (geospatial data analytics company managing critical infrastructure). Whilst each investment stands on its own individual merits, there are some commonalities that make investing into Space Technologies a worthwhile endeavour for angels:

Whilst SpaceTech is a broad industry tag, encompassing everything from CubeSat manufacturers to Earth Observation analytics platforms, it is evident the market is undergoing massive growth. This is owed to the ever-diminishing cost of satellite manufacture and launch. Once the size of a truck and costing as much as $400m, the satellite market has previously been dominated by military grade and expensive communication satellites. As of 2021, CubeSats can now reach the size of a microwave and cost as little as $1m allowing for the proliferation of these constellations, bringing down the cost of space-derived data to be used in a variety of use cases.

Spans a wide range of industries

The benefits derived from space-derived data or technologies cannot be underestimated. To take an example such as GPS, this satellite-based positioning technology has revolutionised the way we live and operate in a vast array of sectors and applications including transportation, construction, emergency response, entertainment, agriculture and defence to name a few. By investing in these technologies, investors have the exposure to true innovation that is changing the world.

Impact on sustainability and climate change

Looking further than just ‘economic returns’, investment into SpaceTech will play a crucial part in improving our understanding of the planet and combating climate change.

Utilising satellite data, we are able to accurately measure changes in the climate, spanning the amount of greenhouse gases in the atmosphere through to the rates at which sea levels are rising. On a social level, satellites can map deforestation, illegal fishing vessel activity, wildlife populations and changes in migration habits. However, it is not limited to identifying and curbing negative trends. Space Technology can also be used to monitor the quality of the soil and the growth rate of crops (see our portfolio company PlanetWatchers ) helping farmers know when to plant and harvest, monitoring and diverting water supplies when it is needed most to allow for more sustainable practices. Even the unique physical qualities of space can bring about beneficial change. In this manner, Space Forge will be using reusable satellites to manufacture next generation super materials in space, returned to earth to help with our move to low carbon technologies across a number of industries.

The future of SpaceTech

With the UK set to become the first country to launch a rocket from Europe in 2022 there is certainly support from the UK government to continue expanding the UK SpaceTech sector. As George Freeman, Minister for Science, Research and Innovation writes:

“The growth of the next few years is set to be phenomenal as Space (Technology) has become fundamental to every aspect of our lives – from communications to climate, to cyber security…we are putting the UK at the forefront of unleashing these innovations”

Based on the evidence above, the ubiquity of SpaceTech is a matter of when not if. 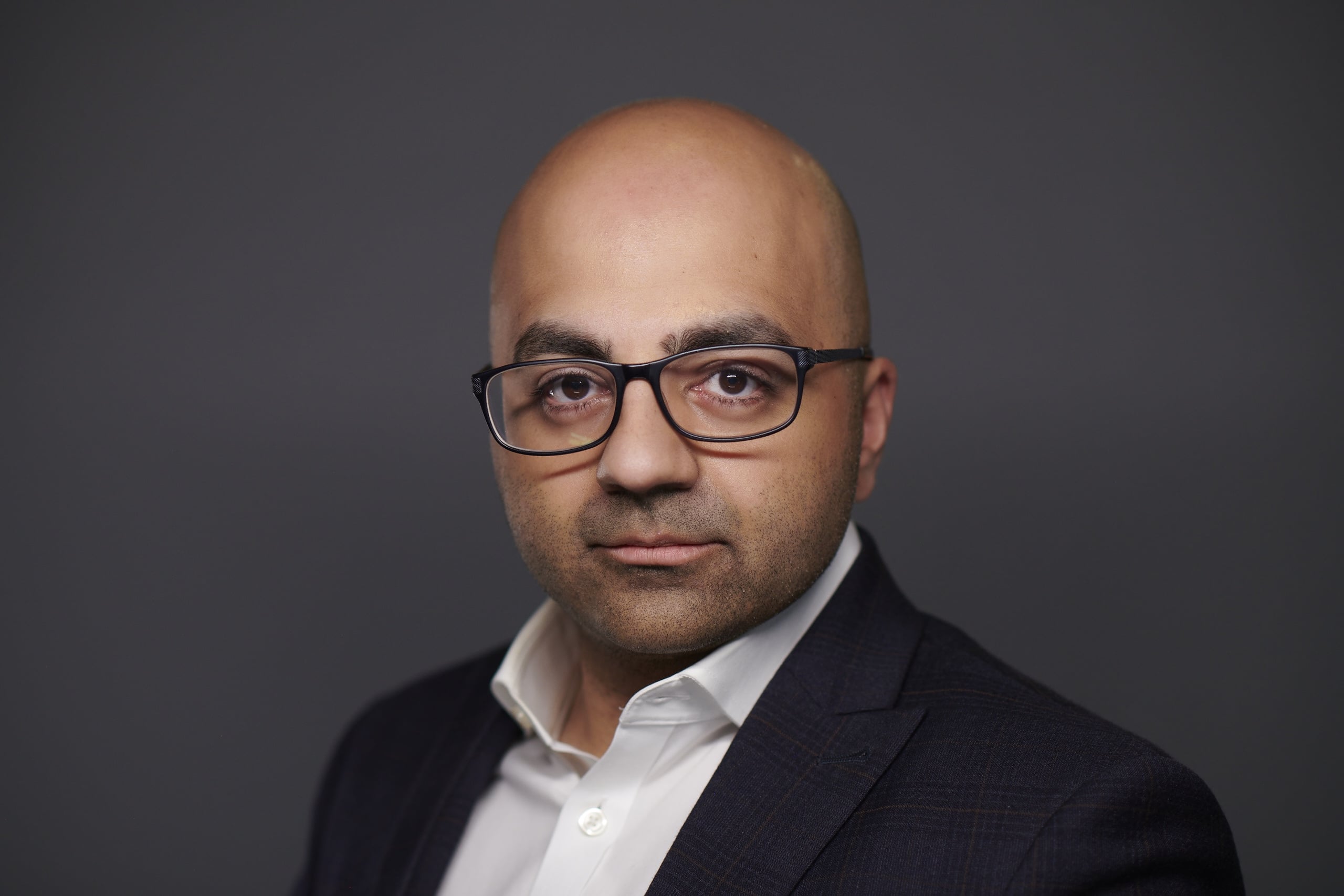 Sanjeev joined Newable Ventures in December 2018 and is responsible for the strategic focus of the fund and angel network and its day to day management.

Sanjeev started as an entrepreneur before going onto selling his own business. Prior to joining Newable, Sanjeev spent five year as a Wealth Manager specialising in venture capital. Sanjeev holds a diploma in Regulated Financial Planning and an MBA from CASS Business School.