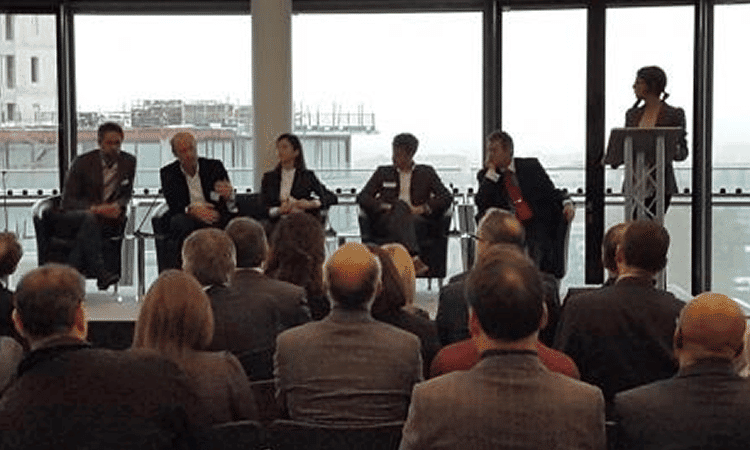 Budding tech start-up businesses in the capital who are looking to raise the finance they need to take their business to the next level can now take advantage of a fund for small businesses launched today (4 December) and initially supported by £25m from the Mayor of London.

In his last election manifesto the Mayor of London committed to creating a fund to provide low cost finance to small and medium sized businesses. And over the next three yearsthe London Co-investment Fund is expected to invest in more than 150 small businesses plus spur the creation of up to 2,600 new jobs.

Independent research into small businesses has found that, although the capital’s tech sector is thriving, some smaller companies find it difficult to line up new investment to help them expand. The new Fund specifically targets small businesses with expertise in the science, technology and digital arenas who have experienced those difficulties, and who will typically be looking to raise investment of between £250,000 and £1m.  According to the research that is the largest gap in the market for investment.

Businesses wishing to apply will need to demonstrate they have the potential to create new jobs and be capable of delivering financial returns of ten times the cash invested in them.

The Mayor of London, Boris Johnson said: “London’s tech sector is flourishing and the city is a hotbed of talented young and ambitious people buzzing with exciting ideas who are setting up new companies in their droves. Despite this boom, we know that many budding start-ups find it difficult to raise the finance they need to grow. This new fund will ensure the tech-giants of the future can get the support they need to bring their ideas to reality and deliver jobs and growth for the capital.”

The Mayor of London is contributing £25m towards the scheme through the London Enterprise Panel’s ‘Growing Places Fund.’ And up to a further £60m is potentially expected to come from six private sector partners who have been selected following a year long process. Those partners are: Wellington Partners, Playfair Capital, London Business Angels, Angel Lab, Firestartr and Crowdcube/ Braveheart Consortium.

London’s tech sector has become the biggest cluster of expertise in Europe over the last three years. There are over 34,400 digital technology businesses and 155,600 digital technology employees in the capital. The city boasts one of the most vibrant start-up scenes in the world with more than 32 accelerators and incubators to assist start-ups looking to establish themselves – more than the whole of France and Germany. The new fund will help companies looking to move beyond those incubators.

The London Co-Investment Fund will be managed by Funding London. The initiative was originated by, and developed in partnership with, Capital Enterprise (the membership body for universities, accelerators and incubators that support entrepreneurs in London). Capital Enterprise on-going role will be to lead on the promotion of the London Co-Investment Fund and to develop and run a pipeline of investment-ready tech businesses that will be referred to the Fund’s selected co-investment partners.

John Spindler CEO of Capital Enterprise and a co-founder of the London Co-investment Fund said: ““At one stage we were evaluating the proposals of 38 Venture Capital Funds, Business Angel Syndicates and investment platforms who applied to be our partner. We eventually selected six partners who demonstrated the best track record and the highest level of commitment, expertise and resources to invest in tech start-ups in London. We explicitly wanted investors that reflected the diversity of interest and expertise that can be found in London’s investor community. We are therefore delighted to have as partners a leading European VC, a very active London Micro-VC, three of the best Business Angel Syndicate’s and a consortium between an equity crowdfunding platform and a respected professional fund manager.”

Maggie Rodriguez-Piza Chief Executive of Funding London and co-founder and manager of the London Co-investment Fund said: “As demonstrated by the level of interest from private sector investors, we believe we have a fund that can incentivise the private sector to invest and support the establishment of new players in the early stage investment eco-system.  Our model  means that LCIF will be investing in some of the best London based start-ups.”

To apply for London Co-Investment Fund investment and to receive support and guidance, London based Tech Start-ups  are advised to go to www.lcif.co

LCIF hopes to make its first investment in January and will co-invest alongside its partners at the rate of one investment per week for three years.

“The persistence of the ‘funding gap’ at the very early stage of a business life is well documented.  Yet it is these businesses that represent the future of London’s global economic potential.  We are pleased to be making the LCIF possible; thereby continuing our mission to support the Mayor’s strategy for London.  “We look forward to enabling larger round of investment into London’s start-ups by co-operating with other investors in the eco-system.”

“The London Co-Investment Fund is an important step towards enabling start-ups in London’s burgeoning Tech cluster to raise a significantly large seed round. This ensures they have the resources to “prove the market” and can be in a position to raise follow on money that will give them the best chance to become world leading companies.

About- LBA is one of the oldest and most established angel groups in the U.K./Europe with a long track record of investing in innovative high growth early stage companies. Over the past 3 years LBA syndicates have backed over 60 SMEs amounting to over £10m of investment alongside £34m of co-investment.

“London Business Angels (LBA) is delighted to become an investment partner of the £25m London Co-Investment Fund (LCIF. LBA believes that this new partnership will be a catalyst to accelerate LBA’s syndication model in London which is strongly driven by the experience and skill of sector specific lead angels who add substantial value to companies post –investment.  LBA now looks forward to working with the LCIF to help fund the next generation of London’s high growth companies.”