Parts one and two of this series looked at the current state of innovation in the UK. We conclude by turning an eye to the future. 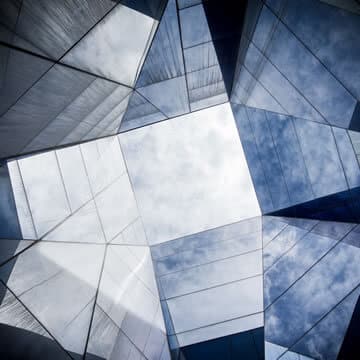 One of the most thought provoking presentations at Innovate 2016 was by David Wood, the Futurist. Wood, a renowned futurist commentator and Chair of London Futurists, warned that very radical disruptions to the current markets lie ahead and are approaching faster than most people and/or organisations are anticipating. These disruptions, he argued, are being facilitated by the rate of change of technology in numerous fields such as Info, Nano, Bio and Cogno-tech where computers and machines, after being given little algorithms, are able to ‘learn’ and manipulate data, to generate functional outputs. It is generally understood however, that innovators can increase their chances of success by identifying and planning for the inevitable disruptive changes to come through embedding certain organisational capabilities such as those of the dynamic and agile kind. These will ensure that the opportunities often referred to are identified, assessed and

seized. Some of these opportunities are those that have been identified by Innovate UK such as the adoption and increasing use of advanced technologies in various sectors such as healthcare, manufacturing and energy to solve current human challenges.

Making the most of the future.

There is no reason to be frightened by the future. In fact, the future is there to be made the most of. Newable is here to help build the resilience and capabilities that underpin business confidence that is a pre-requisite of success.

Newable helps entrepreneurs and emerging companies seek out and realise opportunities including resources to help commercialise innovation. This commercialisation and all the other activities that go with it, are especially important to technology based SMEs, many of who may not completely grasp the complexities involved with building the structures which underpin a business.

Newable’s partnership with EEN (Enterprise Europe Network) delivers a number of free innovation services and grant supported initiatives to London based SMEs looking to make the most of future commercial opportunities.

Newable is also an investor in and an Advisory Board member of the newly launched and government backed fund Seraphim Space Fund. The remit of the Fund is to support, promote and enable early stage businesses working in the Space-related technology sector. The Fund will invest in commercial applications in both downstream (software), and upstream (hardware) opportunities, as well as in technologies that have potential space applications such as artificial intelligence, robotics and nanomaterials. This will lead to innovations coming forward in such areas as intelligent transport and smart cities through to sectors such as insurance, maritime, agriculture or oil and gas.

Innovate 2016 provided a marvellous and inspiring opportunity to reflect on where the business of innovation finds itself right now and to map out a productive path forward. Innovators by nature are positive people. Otherwise they simply would not be driven to do what they do. For all the clouds of certainty that are swirling about with Brexit, there are more than a few rays of sunshine as well.