< Back
Investment
Female Entrepreneurs Report – A Q&A Newable Private Investing
Following the publication of our report on female entrepreneurs with Beauhurst, we have a Q&A with two members of Newable's Private Investment team.
18th December 2019 | 5 minute read 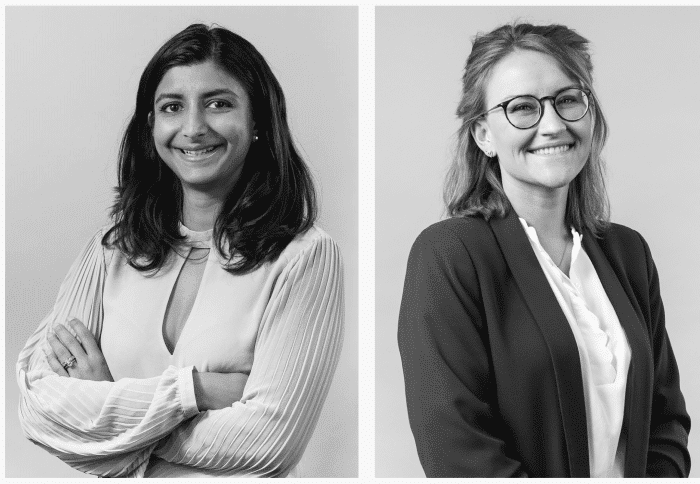 Avantika is Investment Manager at Newable Private Investing. She has a background in technology commercialisation, search and evaluation and alliance management in life sciences, most recently in pharmaceuticals and animal health. Chloe is Newable Private Investing’s Operations and Network Manager. She previously worked at the European Business Angels Network in Brussels for more than three years as project manager and working with partners, programme delivery, investment and commercial support.

What kind of differences do you see in the way that all-male, mixed gender and all-female founding teams approach equity?

From our experience, female founders tend to be more cautious and calculated in how they approach fundraising. For example, women often look at the downside of their investment case and highlight how they will mitigate risk, whereas all-male teams tend to focus more on the upside and on the vision and ambition for the company. We are far more likely to hear from an all-male team about how they are “going to take over the world!” We’ve also noticed that women-led teams tend to be more open and transparent during the due diligence process and are more effective at answering questions. Female founders are usually more open to feedback but are also more prone to taking criticism personally. Once they’ve received investment from us, women-led teams are also a lot better at communicating, reporting and keeping us informed than all-male teams.

Have you noticed any change in the volume of female-founded businesses looking for equity in recent years?

If so, what do you think the main reasons are for this? We have definitely seen more female entrepreneurs in the last couple of years, and the reasons for this are manifold. Firstly, we’ve witnessed, and been a part of supporting, the rise of impact entrepreneurship, diversity-tech and fem-tech areas which female founders are particularly excelling in. On top of this, there have been a number of government and private programmes put in place to support women entrepreneurs, which have helped more female founded businesses become investment ready. These programmes have also given a platform to some important role models who are inspiring the next generation of female founders. Even though there is still so much more to be done, the industry’s mentality is dramatically changing, with women now more encouraged and equipped to thrive in their professional careers than ever before.

At what part of the investment funnel does the most effort to drive diversity need to be made, or does there need to be a concerted effort at every stage?

There definitely needs to be a concerted effort made to increase diversity at every stage of the investment funnel. Investment houses can indeed commit to increasing diversity through a variety of methods, from supporting initiatives fostering diversity, delivering diversity-focused education to committing part of the monies to female-led businesses. But for that, we do need to see even more female-led businesses coming through our doors; despite an uptick in numbers, there are still too few women-led businesses applying for funding. In the last 12 months, Newable Private Investing has received around 1500 applications for funding. Out of these, about 20% only were female-led. One wonders why women do seem to be less likely to choose entrepreneurship as a career path. We believe a lot of this is down to early education, and that schools and universities need to promote entrepreneurship as a viable, successful and fun way forward for women, just as much as it is for men.

What strengths does Newable have in accelerating female-founded businesses?

Since our foundation in the early 1980’s, Newable’s core belief has centred on generating inclusive economic growth. This informs our purpose of helping businesses at the heart of the economy to thrive. In order to deliver on these goals we have developed a comprehensive platform of products and services across financial services, professional advice and workspace. Working closely with thousands of entrepreneurs each year, we have observed that female-founded 33 businesses are still confronted by many obstacles, including a lack of role models, and access to finance and business development opportunities. In our view, business acceleration comes from tackling these collectively, rather than individually. This is why, since late 2016, we have been running our Fuelling Ambition programme right across the Newable platform. Its mission is to support female entrepreneurs “from Inspiration to Investment” through tailored support, workshops and events delivered by Newable Innovation Advisers in close collaboration with Newable Private Investing. Much of our support offer is fully funded, and we also deliver really valuable Innovate UK-funded initiatives. For example, the Global Business Innovation Programme connects many early stage female-founded businesses to international market opportunities. We are also proud to support Innovate UK on their Diversity & Inclusion programmes such as Women in Innovation where we are offering innovation support to the award holders. By doing this, we aim to partly solve the problems identified above and support female-founded business throughout their journey: getting investment ready, crucially with the investment itself, and then being on hand to ensure that the investment is effectively leveraged to scale the business. Last but not least, we do make it a point of honour to have female representation in our teams. This includes the NPI team itself but also at the investment committee and executive team levels.

What are the biggest challenges in attracting female candidates for positions in funds and how can we bring more women into venture capital and angel investing?

As is the case with female founders, we believe that education and peer learning would solve a big piece of the issue. In an industry that is still at least 90% dominated by men, women are perceived to be more (and also too) risk averse. We believe education on risk taking, on investment opportunities and peer learning from the few female investors who are leading the way in these areas will help demonstrate that this is just a perception, and no more. Finally, the lack of role models is a key reason why we do not see more women investors. And this is why we feel very strongly that women who are already in the industry should be offered every opportunity to put themselves in the spotlight and become drivers for change. 34 London sees the highest proportion of deals going to companies with a female founder (21%). This is unsurprising, given that the capital has an extremely developed funding ecosystem, with all kinds of support mechanisms for entrepreneurs. It seems the two most southerly regions, South West and South East, also benefit from proximity to this thriving ecosystem, placing second and third in the rankings. When looking at the proportion of deals going to businesses with all-female founders, the South West, Wales and Scotland come out on top with 9% each. The East of England has seen the highest proportion of pounds going to businesses with a female founder (18%), and is the only region with the same proportion of deal volume and pounds invested going to female-founded businesses. 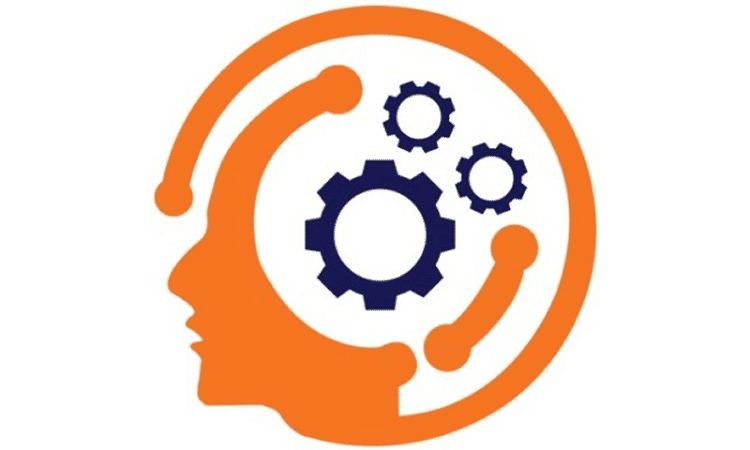 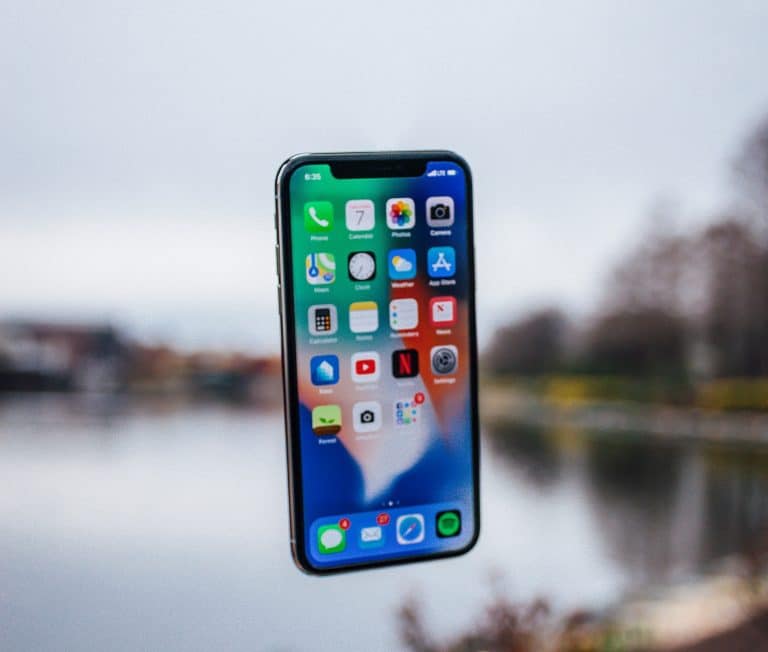 Newable Private Investing
Sofant – the Future of Wireless Communication?
The Telecommunications industry has been in the spotlight in recent weeks, much of which has... 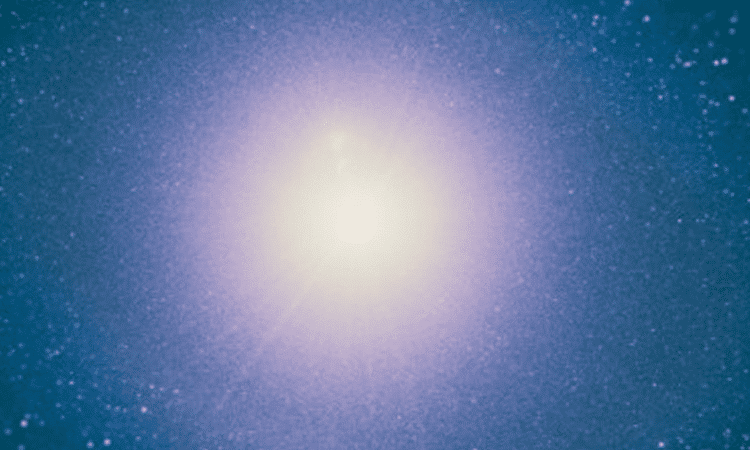