Uber is at the forefront of the gig economy. However, are there better opportunities out there for people who want to work for themselves? Once upon a time we had McJobs (low paid jobs with no prospects). 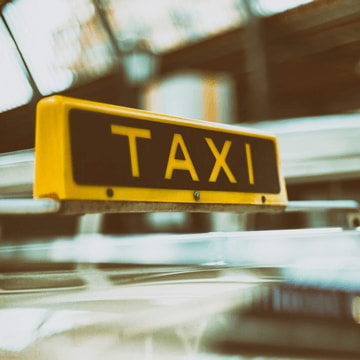 Now in the digital age, we have The Gig Economy. The gig economy is defined as temporary positions for independent workers engaged by organizations on short-term assignments.

Once upon a time we had McJobs (low paid jobs with no prospects). Now in the digital age, we have The Gig Economy. The gig economy is defined as temporary positions for independent workers engaged by organizations on short-term assignments.

The recent Employment Tribunal decision regarding Uber has brought The Gig Economy to the forefront of public debate.

Uber’s legal team argued that “Uber in London is a mosaic of 30,000 small businesses linked by a common platform.” This claim suggested that the gig economy is characterised by an army of self-employed service providers enjoying doing what they want, when they want, for whom they choose. A generation enabled, empowered and unleashed by smart phone apps.

Arrayed against them were those who argued that in reality these people were really employees, denied the basic rights that come with employment. Zero hour workers belittled by exploitative, uncertain and ultimately one sided contracts.

In the gig economy, you’re paid your money and you take your chances.

The job is dead.

One thing for is for sure, the gig economy is not going away any time soon. According to official UK figures upwards of 5 million people earn their living in the gig economy. A recent survey suggested that 87% of Brits see the gig economy taking over from the traditional 9-5 job by 2025. So the gig economy is here to stay. As the Daily Telegraph wrote last week: “The job is dead. Long live the gig.”

In the gig economy, you’re paid your money and you take your chances.

The problem with merely acting like an entrepreneur is that the exchange serves only to strengthen the business of the platform organisation. Uber’s valuation has ballooned to c$50bn. Airbnb’s valuation to c$30bn. Meanwhile the micro-entrepreneurs merely get by from gig to gig. Now the Uber jobs model clearly suits a lot of people, so in that sense, what’s not to like? The purpose of this article is not to question the business model, its ethics or its rights or wrongs. We’ll leave that to others. And the courts. However, it does raise the question as to why more members of this army aren’t thinking about taking the next step to become real entrepreneurs?

So we have a wonderful new brand and it is supported by a set of values to which the business is committed. It is the combination of the two that makes this the most exciting journey in our history.

Start thinking about starting up.

When real entrepreneurs start up, they start building something for themselves, not someone else. That’s probably why starting up a business is a dream for lots of people. However, these dreams – even with when they are underpinned by cracking ideas and drive and passion – are often dashed as entrepreneurs find themselves routinely excluded from financing support by the mainstream providers.

But help is at hand (as they say). Newable provides loans specifically for start-ups. And what’s more the loans come with mentoring support that helps new entrepreneurs get the business plan right and cash flow forecast accurate. This often gives them the boost of confidence to take the next step.

It’s worth checking out the story of one of our client’s, Busy Brush Café.

For Ruby, and many others like her it turns out the very best gig of all is running your own business. Click here to find out how Newable can help start-ups, start up.