Brexit – Are we grieving?

This is not a political point. Or post. However, the country's reaction since Brexit has, arguably, looked like the five stages of grief: denial, anger, bargaining, depression and acceptance. Well apart from the bargaining bit perhaps. 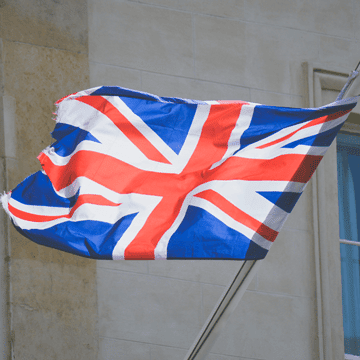 Never let a good crisis to go to waste.

Unsurprising Brexit loomed large over the recent IoD Annual Convention. Newable’s Leadership Team joined me at the Royal Albert Hall as we all wanted to hear what the great and the very good had to say on the subject. And, of course, to rubberneck at some very public grieving. The theme that emerged from the day was “don’t let a good crisis go to waste” used by a number of speakers. The phrase credited to Churchill, was first brought back into currency by Rham Emmanuel, President Obama’s Chief of Staff at the height of the banking crisis in 2008. It was true then and it is true now.

The following year, McKinsey’s published a very influential article that advances the thesis that we are facing the end of the economic cycle. The day follows night routine where good times are followed by bad times are followed by good times. The metaphor had changed from metrological to geographical. Now the economic landscape is being fundamentally reshaped by seismic events. They proposed that the banking crisis was the first of these plate and paradigm shifting such events. They called what comes next ‘the New Normal’.

McKinsey’s thesis was fundamentally optimistic and positive. (Which is fine by me because that’s my philosophy on life!) They rightly point out the greatest opportunities are created at times of the greatest uncertainty. History relates that this is the moment when markets are re-shaped. The last crisis created the opportunity for Airbnb, for Uber, for the German discount supermarkets.

The ‘trick’ if trick is the right word is to look forward with confidence to “an environment that, while different from the past, is no less rich in possibilities for those who are prepared.” In other words the ‘trick’ is to be Newable. For businesses to be forever trying new things developing new abilities in order to both sustain and scale into the future. Only then can we move beyond grieving into a new state of confidence.