< Back
DIT
Award winning exporters
Stephen Jones, one of our International Trade Advisers, started working with Wren Laboratories in 2016. He has helped them grow their exports to over £2m pounds this year and win a prestigious Queen's Award for Enterprise in international trade.
30th April 2019 | 49 second read 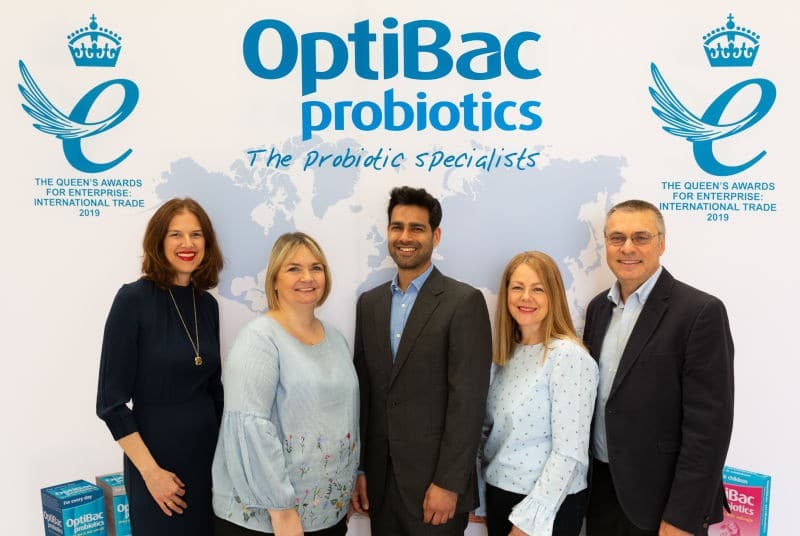 The Queen’s Awards celebrate the best of British business and recognise companies who are making an outstanding contribution to enterprise.

Instituted by Royal Warrant in 1965 and considered the UK’s most prestigious business awards, this award boasts a specialist panel that judges each entry and makes a recommendation to the Prime Minister’s Advisory Committee. Her Majesty the Queen then decides the winners, who each receive an official grant of appointment and an invitation to a celebratory reception at Buckingham Palace.

Wren Laboraraties is a family-run business, employing over 80 people across Hampshire and London. Inspired by their father, a successful community pharmacist, the siblings founded the OptiBac brand with the ambition to help people take better control of their overall health and wellbeing
Their range of supplements are sold to health food stores and pharmacies across the UK and Ireland, as well as to many export markets across Europe and further afield such as the USA, China and Vietnam. Overseas sales rise an impressive 350% between 2016 and 2018.
View all news & views